Good morning and happy Tuesday! October is here so

God always finds a way to give me the message that

Happy National Sons Day to my babies! 💙 Though

So much laughter over the last few days with these

Went back in time with Anberlin and The Early Nove 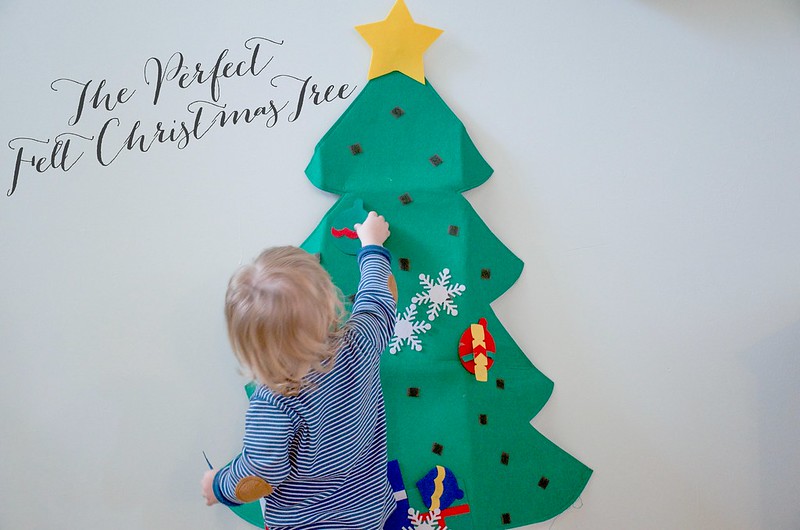 I went back and forth on whether or not to buy this felt Christmas tree for Landon. There were a few cheaper options to choose from but this one seemed to be the best quality. And in the end, I want it to last for several years to come! If you’ve met my toddler you know that he’s not always gentle with things! So far, this has been such a good purchase. He absolutely loves it. He spent half the day taking the ornaments off and putting them back on. (And trying to eat a few of them. Sigh.) 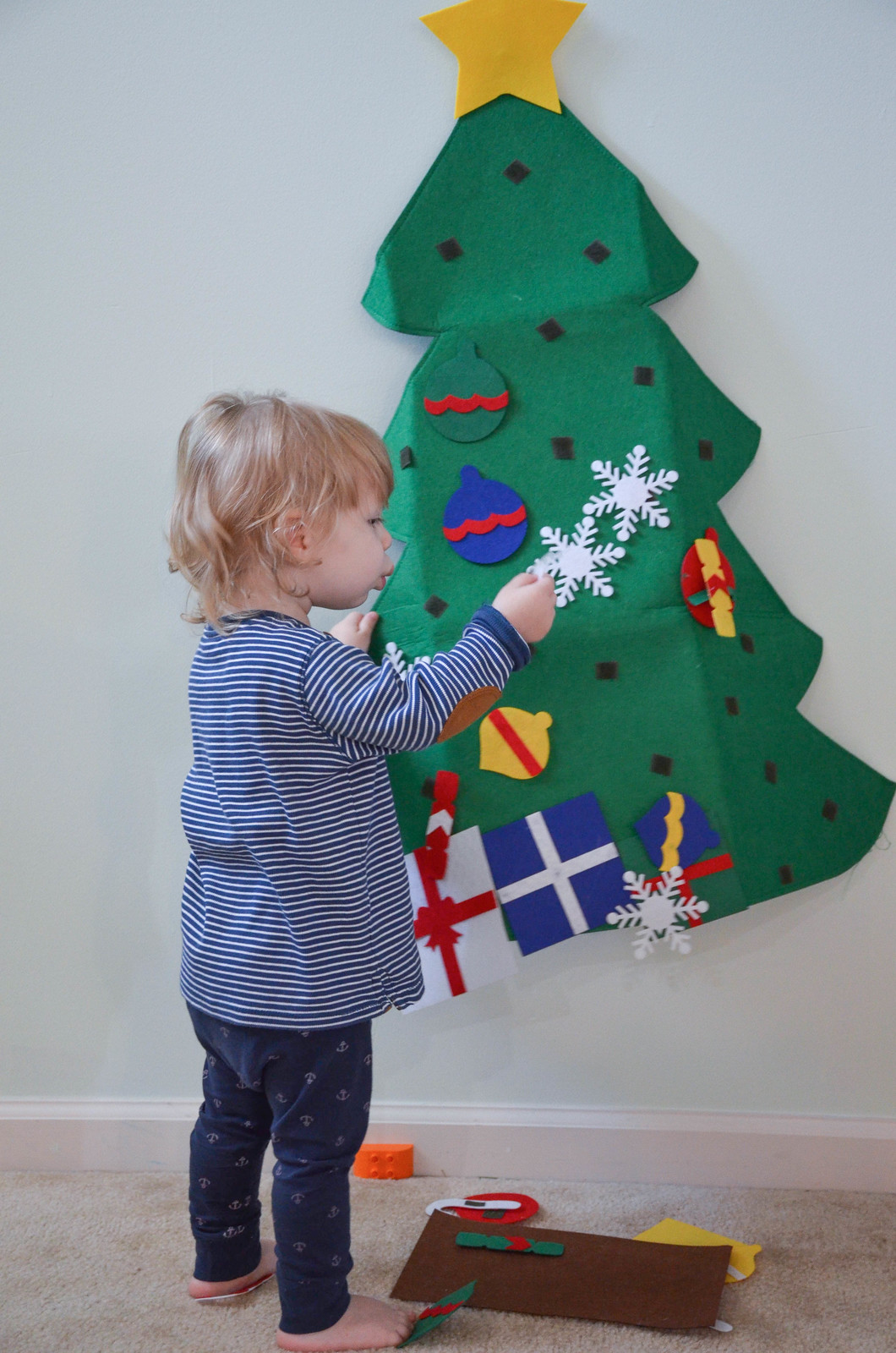 I thought about turning this idea into a DIY project. I am sure it’s not that difficult to cut a tree and some ornaments out of felt. But I am a major perfectionist and I would want it to look perfect! The amount of time that it would have taken me to acquire all of the supplies and make it is well worth the money that I spent on the dang thing. I don’t even own a glue gun at the moment, so it would’ve been a pricey endeavor anyway. I am thinking of buying just a few small felt pieces and some velcro to make a few custom ornaments. I think that would be pretty fun! Landon is super into cars right now so I think it would be cute to add some felt race car ornaments to the mix! Or even just the letters of his name. I like the idea of tackling a very small felt DIY first, ha! 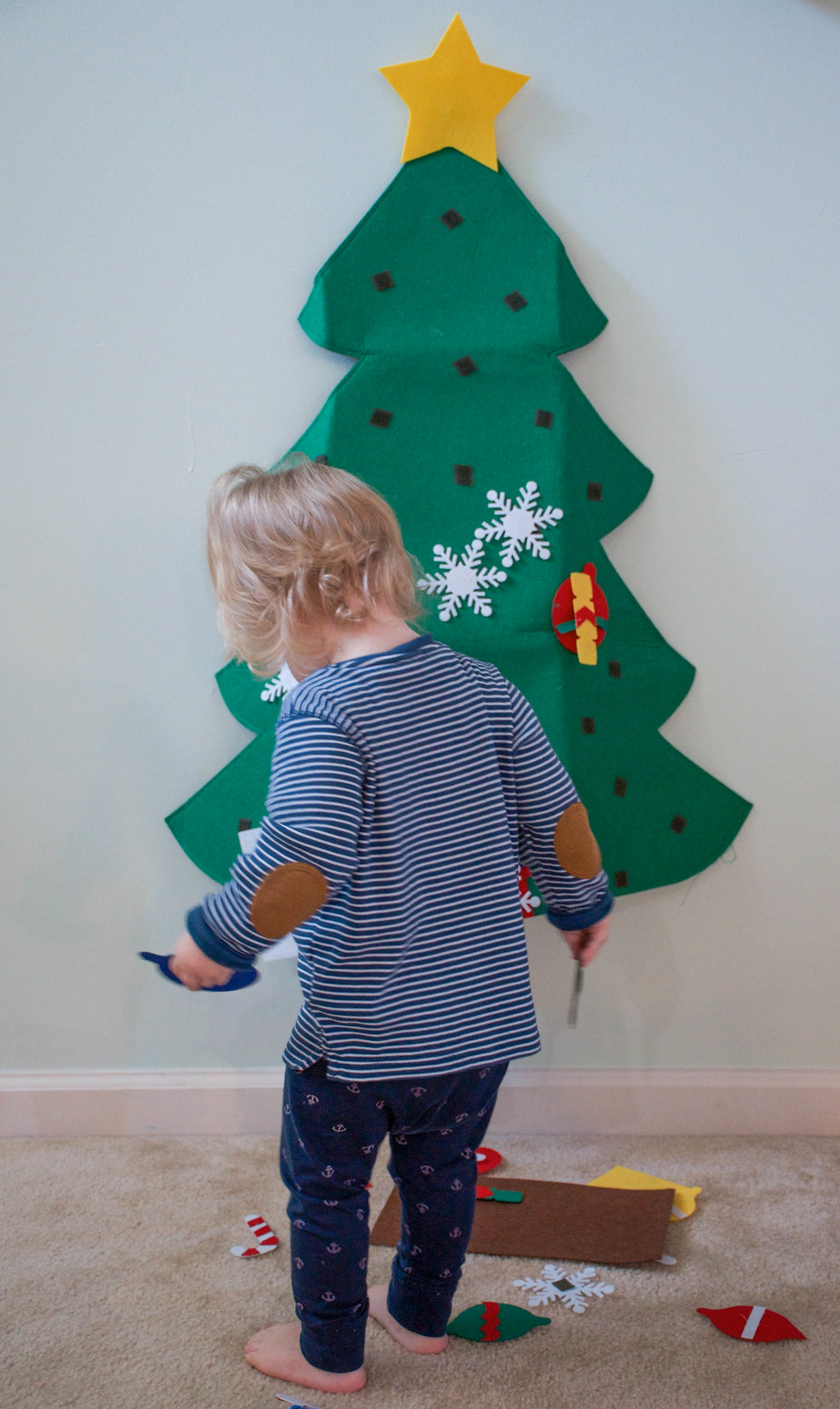 We hung it up with a thumb tack that is hidden under the star. It has a hole at the top for hanging. The sides of the tree don’t stay against the wall very well because of the way it came folded up. I originally used some painters tape to adhere it to the wall a bit better but apparently Landon did not want tape on the back of his tree and he promptly removed all of it. Oh well! The thumb tack is holding it up nicely so far. I am sure it would look a bit better if I took the time to iron it out, but let’s be honest here – no. Ha! He wanted to play with it the second he saw it come out of the package and who am I to deny him his felt tree?! 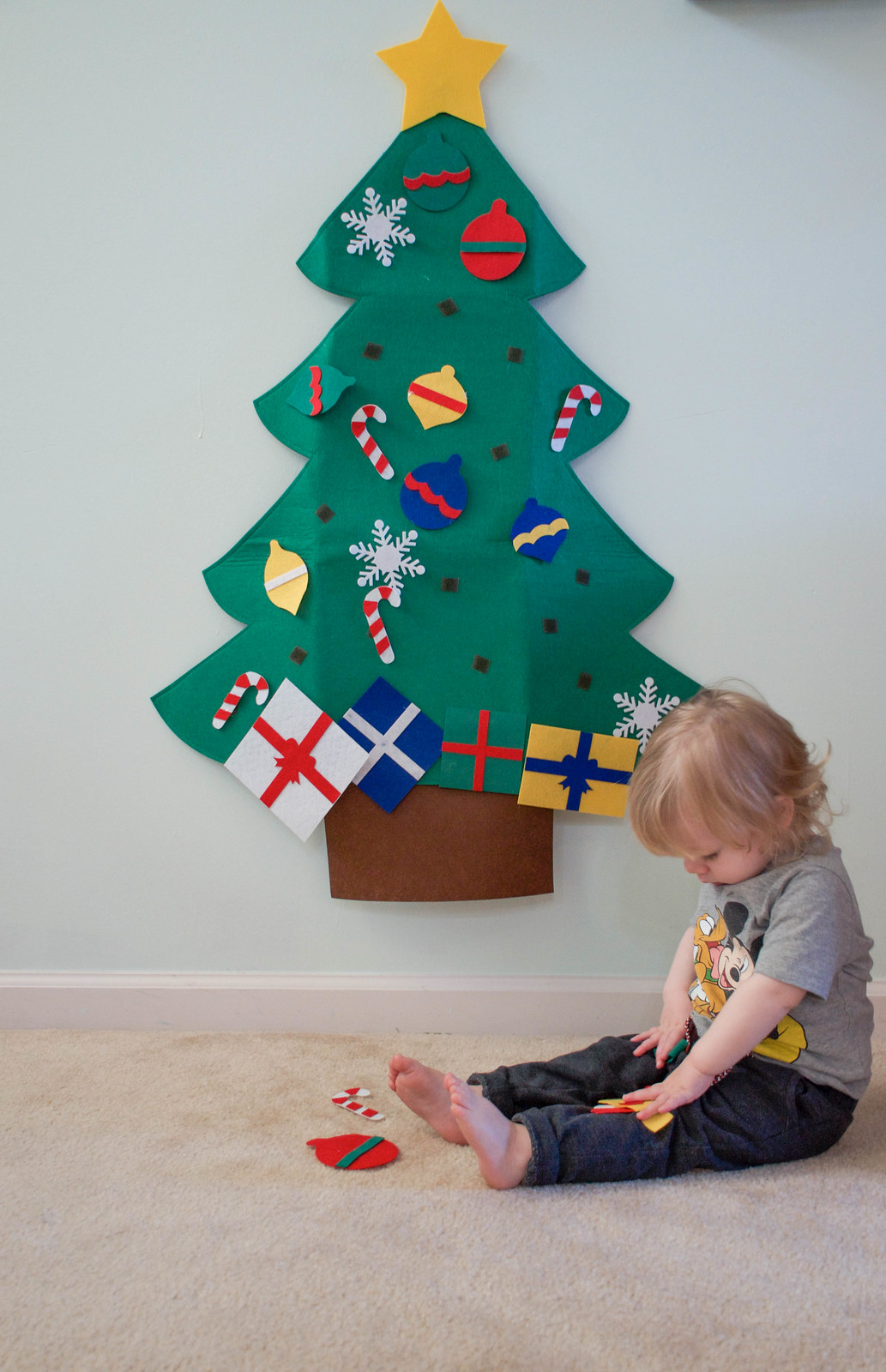 Have you seen the felt trees anywhere besides Amazon? I looked around online a bit to see if I could one in-store nearby but didn’t have any luck. I am glad we went with this one though! It is just perfect for us. I mean, Landon. ;] I mean… I’m not having fun playing with it or anything! Ha! *redecorates it after Landon goes to bed* 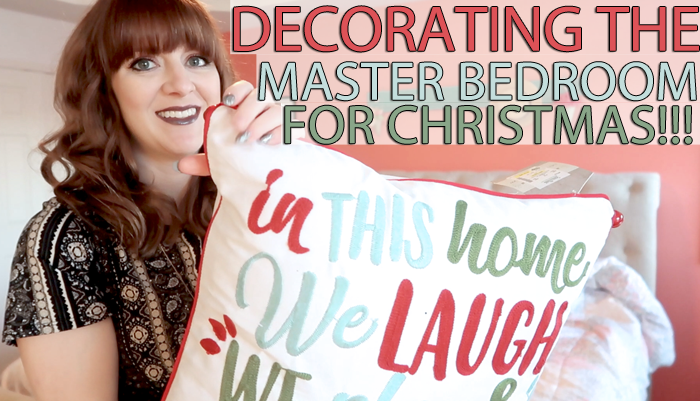 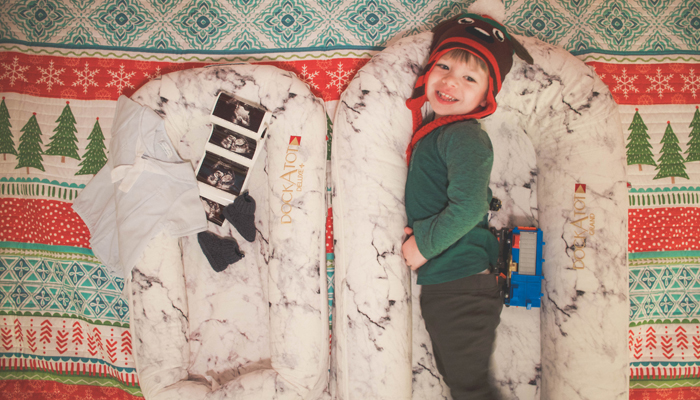 Getting Excited for Baby Boy #2 with DockATot! 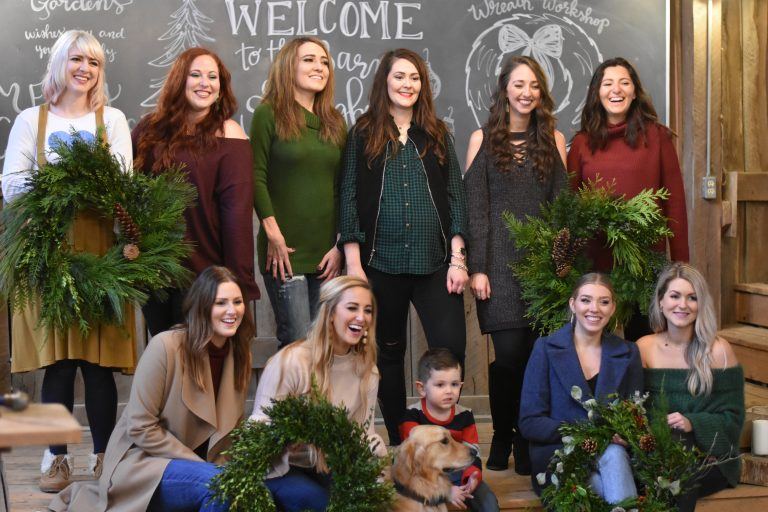