Brunch at @eppings_on_eastside for our anniversary

Happy 11 years of marriage to us! Time definitely

A weekend of sweet babies and friends! And I know

May is National Foster Care Month, and I’m proud

Happy National Wine Day! Don’t worry- I am not s

I’m so thankful for this group of strong, sassy,

So, are ✨Friday Introductions✨ still a thing?

I’m pretty excited that this week is going to be a four day work week. Of course, in my line of work a day really means, “Hey- you have to work 10 times harder to get this crap done.” But, I’ll take one less day of having to wake up early. My 3 day weekend was supposed to be spent cleaning and organizing. However, I’ve spent it rolling around in self pity instead. I started feeling sick on Thursday night and let’s just say that I haven’t had any relief yet- just the opposite actually. If you follow me on Twitter I’m sure you’ve read my tweets about my other ailments as well! I got triple slammed, ya’ll.

Friday night was spent over at Daniel’s so we could hang out with him one last time before he left for the World Race. We ate good food, the boys played hilarious games of Wiffle Ball/Basketball, and the girls watched. Mostly though I sat outside with Phlecia and talked her to death. 😉 It was a good time, but kind of sad. I’ve become really attached to Nate’s friends. We realized that night that not only is Daniel leaving, but- Jackson & Kristie are moving at the end of the Summer, Sully & Phlecia are moving as well, and our friend Matt has ventured off to Warped Tour and I’m pretty sure he will end up in California, you could check here. I’m happy for all of our new paths- but good grief! We are about to be kind of deserted! We still have Ash, Tabs, & Jason of course- but we’re those old married people now so. 😉 Haha. I kind of need everyone to just put their education, adventure, and musical career’s on the back burner so that Nate and I will have friends. Alrighty, guys?

Saturday morning Nate surprised me with breakfast in bed- it was wonderful. He knew I wasn’t feeling well and it was just really sweet to wake up to. Eventually I crawled out of my cocoon of covers and took a shower. We headed over to his parent’s house for the 4th of July festivities. I spent most of the time engrossed in my sickness bubble. I couldn’t taste the food, and I couldn’t play in the Wiffle Ball Tournament. FAIL. I did sit on the sidelines as the photographer though, so I wasn’t completely useless.

Kristi (Nate’s Sister) made us a cake!

And as expected (sorry neighbor family) our family won the Annual Wiffle Ball game. So much pride.

Sunday was spent feeling crappier than the day before. And to cheer myself up I decided to buy hair color and distract myself. Resulting in my brunetteness. We ate at Cheddars and watched our community fireworks from the front window of our house on the second floor, and I wallowed in more self pitty. Fascinating.

Today Nate’s parents came over and helped us put up our ceiling fans. 🙂 It proved that I have a knack for picking out the absolute hardest to assemble ANYTHING I buy EVER that needs assembling. That was not awesome, but Nate’s Dad had a lot of patience- thank goodness. Later, Nate took me Target where I bought the prettiest shirt ever to distract myself from my sinus headache, nausea, and inability to breathe find rbnb cleaning in Irvine. We then went grocery shopping for the week and fixed a very yummy dinner! Cheese & garlic ravioli and broccoli in cheese sauce. 🙂 Erin, Jonathan, and the kids also came over to bring us gifts and food- my absolute two favorite things!

And now.. until morning… more wallowing in self pitty. 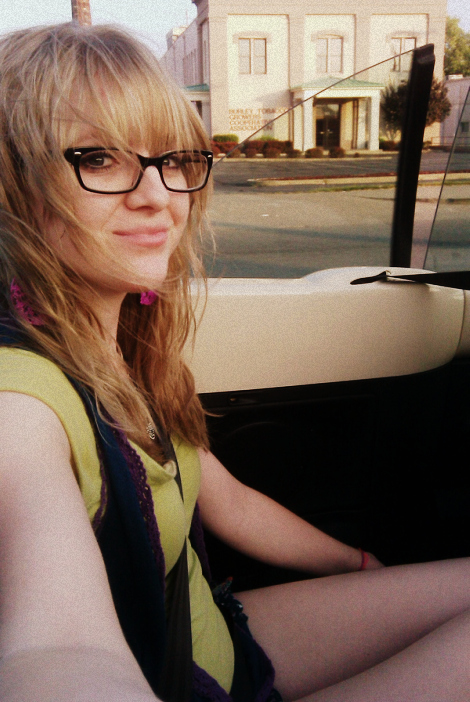 Weekends & My Birthday is ALMOST Here!
Positivity & The Internal Struggle

What I Wore Today (&Yesterday)