Merry Christmas from our wild little family to you

We opened our Christmas jammies and one present ea

Date nights are back in full swing. 💛🎄

The past few months have been an emotional roller coaster. Extremely high highs and the lowest lows I’ve ever experienced. August and September were filled with fun and the ability to let loose a little. I got the chance to take my first ever girls trip to the beach with my best friend. I haven’t done something like that since having two little ones and it felt so good to share my favorite place with a friend and relax. Then in September, I got to see one of my favorite bands and hang out with friends a little more than usual. I had missed live music so much! September just felt so pre-covid normal and it was kind of wonderful. October snuck up on me and came in with a bang! Nate passed medic class and he officially became a paramedic, just like I knew he would! And on that same day, I found out I was pregnant! It was a whirlwind of emotions. It wasn’t something we were planning but it wasn’t something we had ruled out. When we moved into this house I envisioned three kids playing in the backyard. It felt like fate.

I was very concerned from the beginning. I had been on birth control and I googled *all* the things that could happen. I had such a bad feeling. After my first ultrasound, it was confirmed that things looked okay but I still continued to feel off. Stress was high for me with work and everything I had on my plate. It’s so hard to explain but I still felt like things just weren’t right. I told Nate several times that I just didn’t *feel* pregnant. It’s so strange looking back on it now. We ended up losing the pregnancy and that week was truly the worst week of my life. The wondering, the confirmation, and everything that happened during that week still gives me extreme anxiety to think about. Places I went, things that happened – I haven’t been back to those places since because I just can’t. Miscarriage is one of those things that as a mother you think you can probably imagine how hard it would be, but until you experience it, you really just can’t know. And although I would never have wanted to know that pain, I feel grateful for the understanding and sympathy I have, now that it had to be part of my story.

Now we’ve made it through November to December! We took the boys to Disney World, enjoyed our Thanksgiving with family, started having our at-home date nights again, and now it’s almost Christmas! Nate was on vacation for several weeks and I was not ready for him to go back to work BUT I’m so excited that he has Christmas Eve and Christmas day off this year! That NEVER happens! I’m so looking forward to 2022 as we get ready for all of the new adventures we’ll face together. Sometimes going through something really tough can make you truly appreciate where you’re at and help you get excited about the future. We’re ready for you 2022! I remember saying the same about 2021 and then laughing later on because life continued to be just as it was in 2020 – crazy and full of challenges! It’s not that I’m expecting a year of perfection and stress-free living – oh no, the opposite really! But I’m ready to jump into it with my little family because I’m excited to be here with them no matter what!

Love you all! Stay safe and have a Merry Christmas! 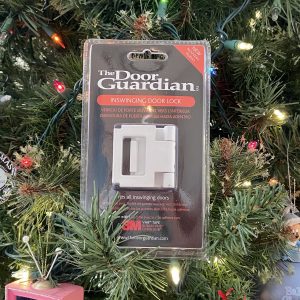 A New Strategy for Keeping My Kiddos Safe