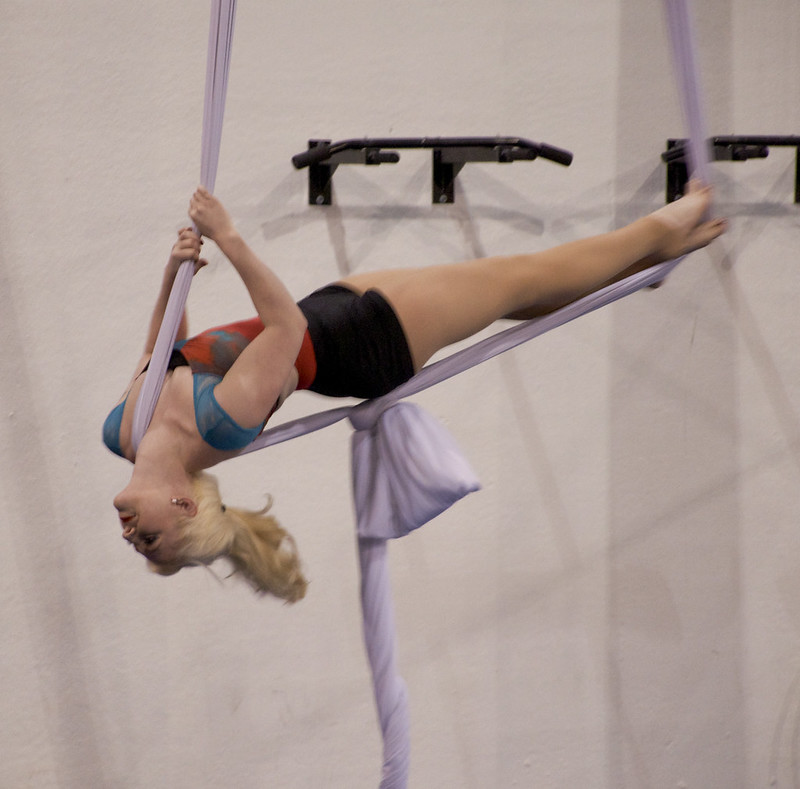 It’s hard to put into words what Sunday night meant to me. I am still bursting at the seams. Everyone did so well! The girls that knew I was super nervous and unconfident ran up to me at the end to tell me that I did great, and the encouragement continued to flow through Facebook comments for days after! It was so much fun to show my Husband, Mother-in-law, and close friends what I’ve been up to. You can tell people that you’re taking aerial silk classes all day long but it can be a bit hard to explain. I love that I got to really show them what I’ve been learning. The only thing that would have made it better is if my parents could have come! Maybe next year, right?

The group fitness classes I’m taking at Bella Forza Fitness are all fantastic, but the community I’ve found there is a wonderful surprise that is equally important to me now. Making new friends isn’t easy for me and actually meeting people to attempt to be friends with is even more difficult. I’m such a sap, but getting ready for the performance with everyone was just as fun for me as the actual show! Listening to music (finding people with similar taste in music!), helping apply fake eyelashes, curling each other’s hair – I will always love girly stuff like that no matter how old I get! I truly never could have imagined how many great things a late night impulse Groupon purchase would bring my way! I’m really thankful to have such an uplifting group of women in my life!

I will be sharing more images from the Showcase in a separate post. I had a blast playing photographer and taking photos of the other ladies during their performances. Nate did a fantastic job snapping these photos of me from way in the back of the gym! I’m thankful to have them as a testament to the time I got up and did something I was terrified to do… and almost flashed an entire crowd of people while doing it. ;] Lesson learned: the double sided tape just isn’t strong enough for the movement of an aerialist! Duct tape, next time!

« Aerial Silk Diaries: If It Scares You, Do It.
Springtime in Lexington, Kentucky »