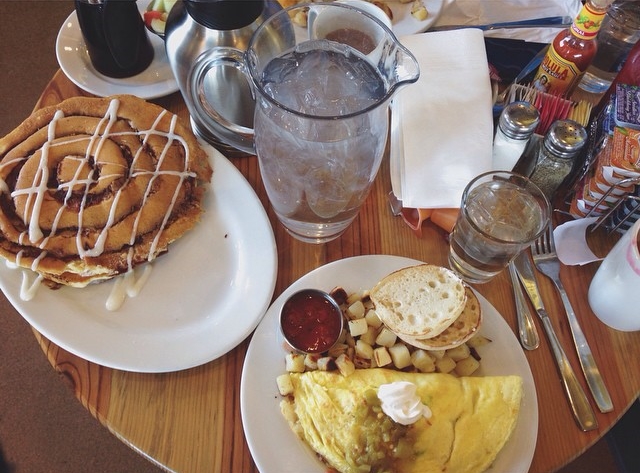 This weekend was so good. I actually felt like getting out of bed early and getting ready – a rarity these days! On Saturday I had plans to go grab some lunch with Brittany and Kristie at a Thai place that I’ve been wanting to try. They were planning to have lunch to talk about the baby shower that they’re throwing together at Kristie’s house this coming Saturday and they invited me to come along. It was delicious and I’m a little bit sad that it’s located a town over from me – though if it was in Lexington I would be eating there WAY too often. We decided to stop by a store called Bargain Hunt before heading back. We have one in Lexington but it is not nearly as big or well stocked! I found an extra base for my car seat for half off, two bar stools for $21 a piece, and a cute little floating shelf for the nursery. In total I spent around $80. The two bar stools alone should have cost me around $100 – I’ve been looking at these exact bar stools in several stores and they’re never under $50-70 a piece, even in a set. I could have bought hundreds of dollars worth of stuff in there. It’s definitely one of those stores where you have to DIG to find the good stuff but it’s so worth it. Kristie found a ridiculously awesome modern chair that was marked $54 and it rang up $10!!! It was pretty hilarious trying to fit all of the stuff we bought in to her car.. but somehow we made it work!Later that evening we all met up again at Country Boy to watch the basketball tournament. Kentucky won but it was definitely a nail biter of a game! I had a photo in my Timehop earlier that day from exactly one year earlier when we were all at Country Boy watching the tournament so we made sure to recreate the photo! I love our group of friends and our little traditions! 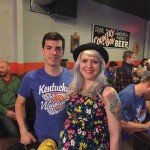 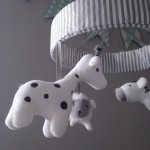 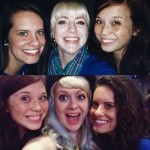 On Sunday Nate and I got up early and went out for a little brunch date at First Watch. It’s so simple but this is one of my favorite things to do with him. It makes a weekend day feel so much longer and I always love our random conversations. Plus we really love breakfast food – especially right now! We split an order of Cinnabon pancakes and I swear I died of pregnant lady happiness. After brunch we ran over to Target with all of our gift cards from the baby shower and did a little shopping for baby boy!! We got our crib mattress, a changing pad, a cute cover for the changing pad, and the little plush blooming bath tub I’ve been wanting. The crib mattress was really the last BIG item that we needed! We got it all set up in the nursery when we got home and I felt the instant relief of having another item checked off the list. Not too long after we got home my parents stopped by to bring us another gift! My Step-Dad’s parents bought us the bedside bassinet we registered for! I had originally planned to just use the pack n play in our room for a while but this little bassinet is going to make things so much easier. We’ll be able to leave the pack n play downstairs permanently and the bassinet can stay by the bed! Ahh, I can’t believe how everything is coming together. It’s very surreal!! 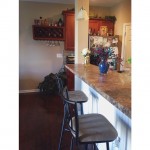 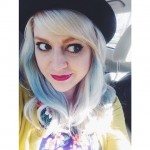 We went to our third natural birth class yesterday evening. We went over the different types of interventions that there are – basically all of the things I’m trying to avoid by having a natural birth. But I love that we’re going over all of the possibilities because you just never know what will happen! I feel confident that if things did go differently than what I “planned” that I would understand exactly what my options were and exactly what was happening based on my decisions. I think honestly the scariest part of giving birth is the unknown, right? Or the idea that things are going to be done TO you vs. knowing that you actually have options.

I’m so excited for next weekend! Baby shower #2 with all of our friends, UK plays in the Final 4, and we’ll have another birth class!